Originally published in the cloudnative blog on July 3rd

Kubernetes 1.11 was released last week, and I spent some time looking at the features and fixes released. It’s the 2nd Kubernetes release this year, and this one comes with a lot of cool features to try out. You can take a look at the release notes here, or if you want to get down in the weeds, check out the changelog.

I’m most excited about the “Dynamic Kubelet Configuration” feature! This feature existed previously but has graduated to a “beta” feature. It means that’s it’s more stable than before, and the feature is well recognized. The feature essentially allows you to change the configuration of Kubelet on a running cluster in a more accessible manner using configmaps. The configmap is saved as a part of the Node object which is monitored by Kubelet. Any changes to it and Kubelet will download the reference and stop. If you’re using something like systemd to watch Kubelet, it’ll automagically restart Kubelet, which will start with the new configuration. This feature is super exciting because it gives admins who manage all of the nodes a little break. In the past, any updates to the config had to be rolled individually to each node, which could be a time-consuming process.

I like that Custom Resource Definitions (CRD) are a lot more usable now with versioning. In the past, you were limited to a single version of a CRD; any changes, and you had to create a new one and manually convert everything that used the old CRD to the new one. All a bit painful! With versioning, the path to using updated custom resources is more straightforward than before.

Finally, CoreDNS was promoted to General Availability! In the early Kubernetes years, there some confusion on what DNS provider to use, and there were a few options. For someone who was looking at the ecosystem from the outside, it was hard to tell what DNS solution to pick. I touched on this in my Kubernetes: CNCF Ecosystem course, and how the CNCF was able to steer the community to a better default! It took some time, but in the end, having CoreDNS as a default DNS server will help Kubernetes be more reliable, and make DNS debugging simpler for those of us dealing with the inner workings of K8s.

There are a lot more things released, so check out the release announcement if you haven’t already!

There are also a few tiny things that were released that have me excited:

First, this PR allows for Base64 decoding in a kubectl get command using go-templates. Super useful to have a one-liner to decode what something might be in a secret.

Second, from a monitoring perspective, Kubelet will expose a new endpoint, /metrics/probes. This presents a new Prometheus metric that contains the liveness and readiness probe results for the Kubelet. It will allow you to build better health checks and get a better picture of the state of your cluster.

Third, RBAC decisions are in the audit logs as audit events! Since I’ve worked on authn and authz systems in the past, I get irrationally excited about stuff like this. In the past, we’d have to go hunting through logs to find why an RBAC call passed/failed, whereas now we can quickly look at the audit events stream.

That’s my (biased) list! What about you? What feature or bugfix has you excited? Let me know in the comments below, or tweet at me @iteration1! 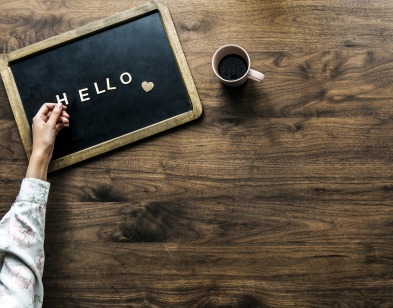 Speaking and writing come pretty naturally to me, but setting a title is always the hardest part. It’s true while writing code as well- writing 1000 lines of code comes naturally, but when I have to create and name a new file, it’s a different story…

But, I digress- Hi! I’m Karthik Gaekwad, and I’m the newest member of the Developer Relations team here at Cloud-native labs. If you live in Austin, we’ve probably already crossed paths at one of the many meetups I attend or run including CloudAustin, Austin Devops, Docker Austin, OWASP, etc; or perhaps at Devopsdays Austin, for which I’ve been one of the core organizers since its inception in 2012. I’m also an author on Lynda.com, and have authored a few courses on Kubernetes, and Agile devops methodologies.

There are many things I’m excited about with the new job, but I’m most excited to learn and teach! The one constant theme that I’ve noticed with Kubernetes over the last few years since it got hot is the word “How?”. As a user of Kubernetes, I’ve frequented in the Kubernetes doc searching for answers, and as a Lynda author, I’ve received many messages of thanks from viewers that they now knew how to use Kubernetes. The cloud-native ecosystem is one of the fastest growing ecosystems I’ve seen, and it’s hard to keep up with the changes, new releases, and new projects that support the ecosystem. As a result, I’m excited to spend more time keeping pace with all the new happenings and spend time researching best practices for microservices and cloud-native apps, welcome new users to the world of K8s, and bridge the gap between the cloud-native platforms we have on OCI today.

I’ll be spending a lot of time researching, speaking, blogging and answering questions! Feel free to reach out to me on Twitter, Linkedin or comment on here as well- I’m here for you!